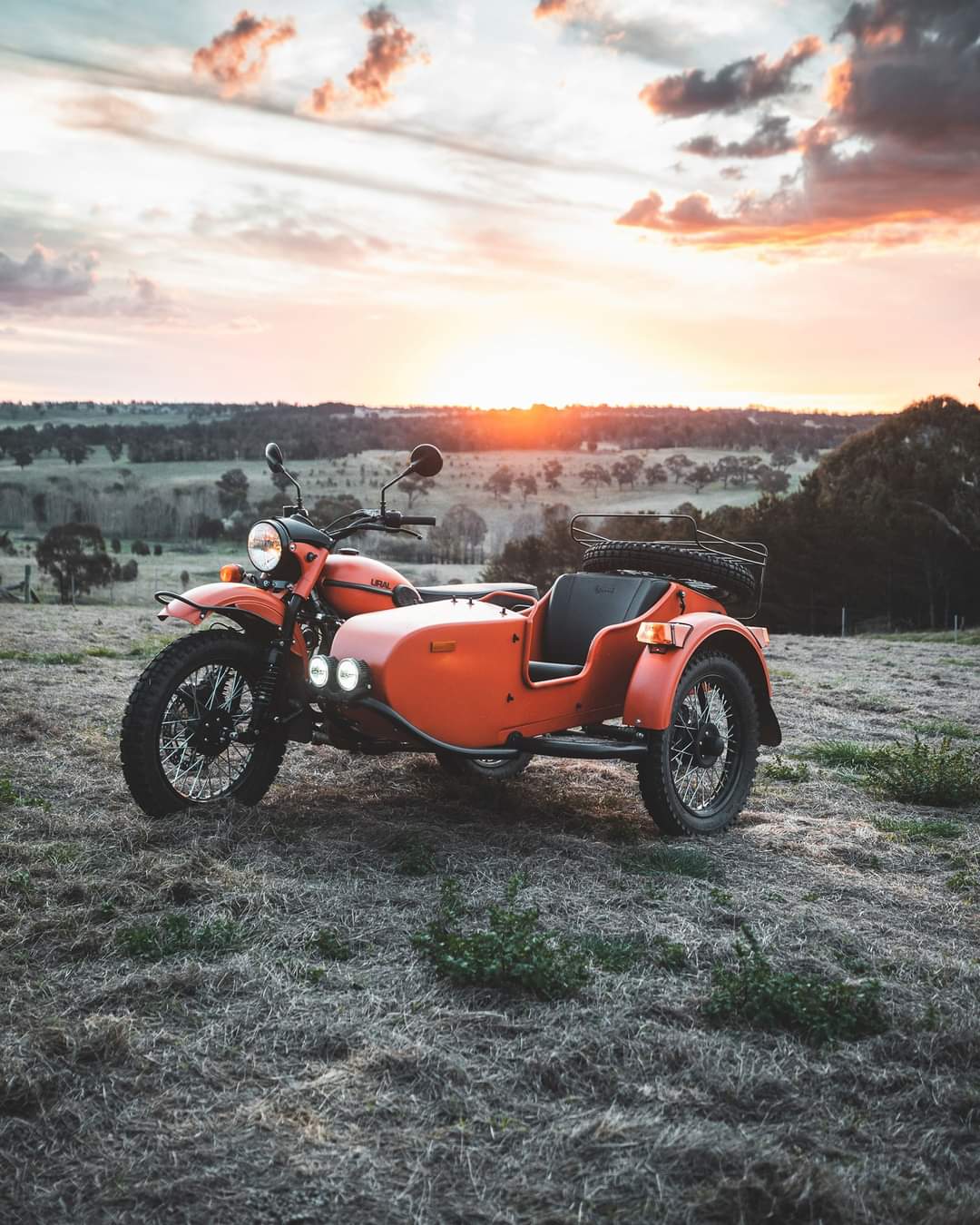 At AMI we are delighted to become an authorised dealer for the world’s leading manufacturer of sidecar motorcycles – who have been in business for more than 80 years no less! Trusted by riders across the globe, Ural motorcycles are specially designed for you to share adventures and explore further.

Ural is a Russian company that was founded way back in the early days of World War Two when the Soviets decided that they needed a motorcycle and sidecar, or outfit, to assist with the war effort. The bike was based on BMWs R71 and the side car was made so that it could be ridden pretty much anywhere as well as being strong enough to carry whatever could be loaded on or into it. Fast-forward just shy of 80 years and now a staggering 3.2 million bikes later, the company still makes almost indestructible sidecar outfits that are powered by a simple yet reliable, air-cooled, 750cc flat twin motor. Best of all, they are still entirely made in Russia in the same factory, at the foot of the Ural mountains, where they were first built in 1941. In 2021 – Ural Motorcycles’ 80th anniversary year – there is a lot for the company to talk about including a Euro 5 compliant left-hand sidecar with manually selectable two wheel drive!

“It’s a perfect mix of retro and modern” – Jay Leno

Of course we can also supply RH models…

Check out the review by John Rooth!

Australia’s oldest motorcycle tester and well known for his work with 4wd’s, tests the first side car on the Australian market in fifty years that’s got a driven sidecar wheel. The new Ural looks like 1950’s style, but comes with a delightful blend of old school power and brand new reliability. Fuel injected and fun – the Ural is as rugged as half a Volkswagen and twice as tough.

The Ural Ranger is the world’s most popular sidecar motorcycle.

With more storage capacity and accessory choice than any other, plus the flexibility and security of selectable 2-wheel drive, it is built to take you wherever your adventure may lead you.

The one-wheel drive version of our Ranger model.

The cT sits lower than the Ranger, making it ideal for weekend adventures, long road trips and light off-road use.